Australia has an institutionally set publicly funded health system (i.e. Medicare) that is underpinned by a ‘universal access’ principle. This entitles Australian residents to subsidised treatment from health care professionals (i.e. doctors, medical specialists, etc.) and access to free treatment in publicly funded hospitals. Interestingly, Australians have a choice to access private health insurance (which covers private hospitals, dental, specialists, etc.); however, the cost of this is predominantly borne by the insured making payment to a few private health providers. Australia’s health system is complex in structure; in particular, it’s funding and responsibilities is shared between federal, state and territory governments. This fragmented funding model and informational asymmetry between patients and health service providers has made coordinating patient care difficult. Australia’s publicly funded Medicare system ranks well internationally (e.g. high life expectancy, low infant mortality rates, etc.) [1]. However, Australia, like many industrialised countries, will confront major issues and challenges over the next decade in maintaining and importantly, improving patient health care. The following are the major core health issues and challenges that I believe Australia will need to address.

The ability of the health services sector to maintain the health and well-being of an ageing population, in the context of tightening budgets and increasing costs in the provision of health care services, will pose a major challenge for successive Australian governments. In 2013, 14% of the population were aged 65. It is projected that by 2053, 21% of the population will be aged 65. All Australian governments have typically resisted making substantial changes to the publicly and popularly supported Medicare system for fear of voter backlash. However, in recent years, governments have been forced to address the increasing budgetary burden through (i) efficiency gains and (ii) subsidising private health care, with the expectation that higher income earners will move to the private medical providers.

Technology and technological breakthroughs have improved the lives of patients in terms of diagnostics and the management serious diseases in the 21st century. However, the continual cost and diffusion of technology will impose serious budgetary constraints in maintaining and improving health care. It is interesting that technology in non-health industries decreases over time; however, health care technology and the specific type of technology have increased the burden on government budgets [2]. The challenge will be to use technologies that not only improve the health and well-being of citizens, but are also cost-effective treatments.

In Australia there is a ‘perception’, particularly from Liberal governments, that the Australia’s health care system would work more efficiently if it was left to the market. Australia has a unique mix of public and private, with approximately 30% of expenditure derived from the private sector. The increase in the cost of technology, an ageing population, disease management measures, among others, will force the Australian government to seek market based mechanisms in addressing the larger budgetary pressures on successive governments (e.g. pricing to market of medical services, GP surcharge, etc.).

Issues in the medical research sector

There have been huge improvements in the health outcomes in Australia (as measured by increased life expectancy, lower mortality rates, more efficient disease management controls, among others). However, this has not been shared equally across groups. For example, the life expectancy of the indigenous population (approximately 70 years of age) is significantly lower than the non-indigenous population (approximately 84 years of age). There is also a significant difference with the health care treatment that affluent people receive versus the less affluent.

Increased urbanisation across many developed nations has also created a range of health challenges for governments in the planning of healthy and sustainable communities. For example, increased urbanisation has posed significant issues on the access to fresh food, higher rates of obesity, asthma rates, increasing mental well-being issues (e.g. increasing suicide rates), among others.

Australia, like many developed countries, will face serious policy challenges that it will need to address over the next decade; in particular, an increasing ageing population, increased medical technology costs, the public-private mix of health expenditure, structural research issues within the medical sector, equity considerations across groups and rapid urbanisation. 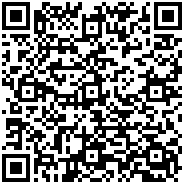